When we last left our math adventuring pooch he was high in the sky, travelling across the world's biggest puddle and learning all about the math of airplanes.

Now, safely back on the ground, he's about to embark on the last part of his journey to meet Pam.

Toronto has a train that runs straight from the airport to the downtown. So after 14 hours on a plane, plus boarding and unboarding times, we all made our way to the train station and all got on board the train.

I had never been on a train before! Besides needing to stretch my legs a little bit, I needed to explore. While EK, June and the others were distracted, I wandered off…

Somehow, I ended up at the front of the train where I met the train’s engineer... 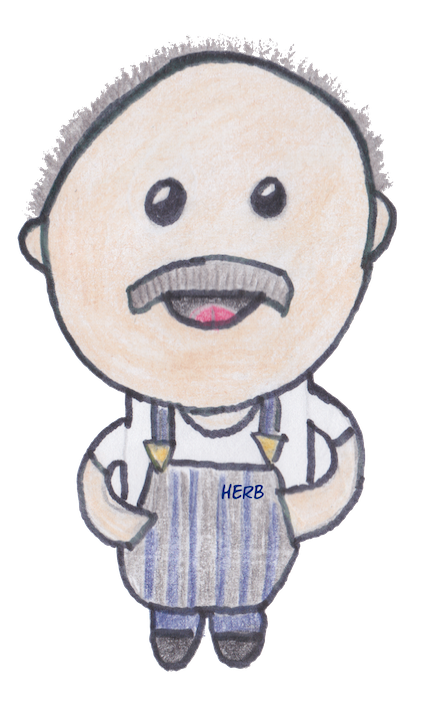 Hey! How did you get up here? Dogs aren’t allowed in the engine room! Where’s your owner? 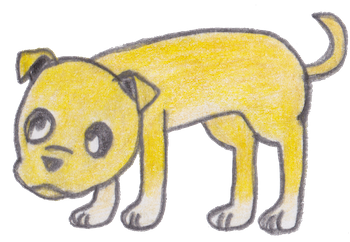 I explained to the engineer, whose name was Herb, that I’d just come all the way from Korea to meet my new human and I was super nervous about it. But I’d been distracting myself by learning math along the way. The engineer softened just a teeny bit and didn’t seem as upset that I was there.

In fact, when he saw how interested I was in the various buttons, levers and, especially the notebook he kept with all sorts of calculations, he started telling me about how the train worked.

He used tons and tons of math to operate it.

Little doggy, modern trains use more math than I can shake a stick at. Some of it is designed to make trains run more efficiently, saving on fuel and energy, while other parts use it to make the trains safer. 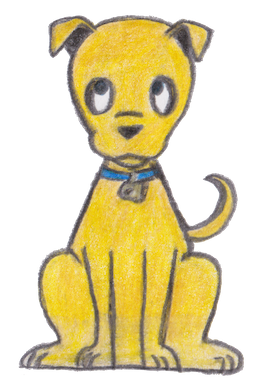 Depending on what type of train it is, passenger or cargo, a train can weigh upwards of 22,745 tonnes. The exact weight of the train will depend on how many cars are on it, if they are full or empty, and what kind of materials they’re carrying like people, lumber, or coal.

My brain started tinkering, figuring out how much 22,745 tonnes would be.

Once, when I had ventured out of the alley, I had heard that a fully grown elephant can weigh up to 7 tonnes and that a metric tonne is 1000 kg.

If we know a train weighs 22,745 tonnes and an elephant weighs 7 tonnes then we divide:

That means that you would need about 3249 elephants to have the same weight as one train.

Alpha weighs 13 kg, so how many Alpha’s does a train weigh?

Well, this is a bit tricker, but still doable!

First we need to make sure we are comparing the same weights; so either tonnes to tonnes or kg to kg.

We can either convert Alpha's weight to tonnes (so we divide it by 1000) or we convert the train weight to kg (mulitiply it by 1000). Let's do the second one and use the train's weight in kg (you can try the other method yourself).

Alpha weighs 13kg, so, same as the elephant calculation:

How much do you weigh?

Can you figure out how many of you it would take to weigh the same as a train?

You can also compare your weight, the train, an elephant, and Alpha to how much other things weigh, such as:

Try to think of other things you could compare.

Get some interesting/unique ones, send us the details at lookmath@vedavox.ca (with your parents permission of course) so we can share it with others. 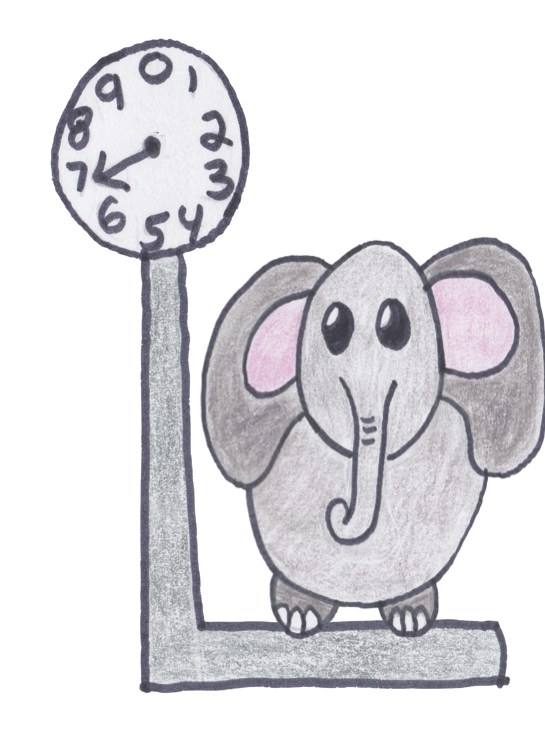 Herb got really excited when he told me that the speed of a train also depends on the type of train it is.

And the world’s fastest passenger trains can travel upwards of 430 km/hr!

* chugga chugga* I can do this! 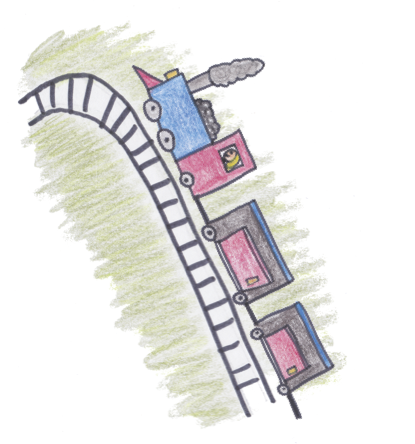 This means that knowing the correct weight of the train is very important for a number of reasons. The heavier the train, the longer it will take to slow down and speed up.

It’s important to calculate these times when coming up on curves or hills or when meeting another train.

Signal lights are also used so that trains will meet each other at a place where they can safely pass.

The lights say it's safe for your to go and I should wait! 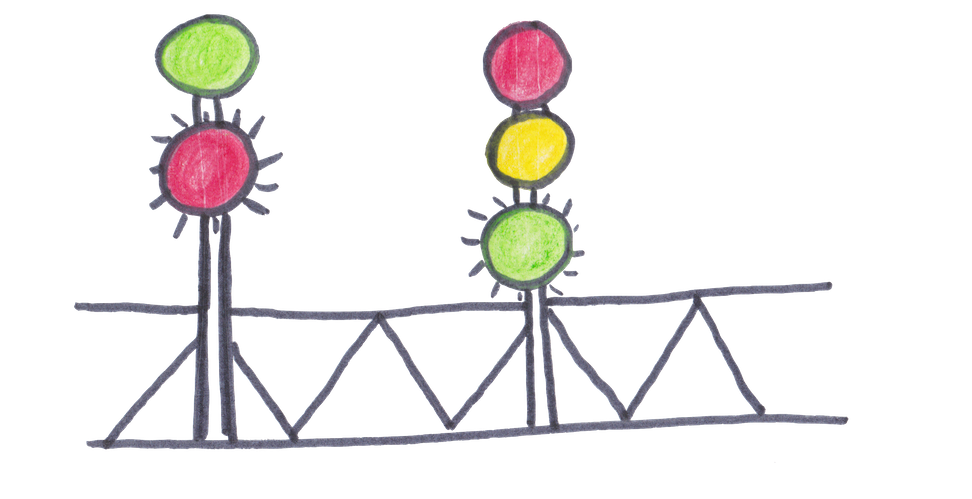 That they do, thanks!

Wow! A train operator needs to do a lot of math calculations, both to ensure that trains can move smoothly on shared tracks, but also to make sure there are no collisions or accidents along the way.

And with that the train pulled into the station and EK and June called to me to come rejoin the group.

I turned and thanked Herb for all his advice and, as a thank you to me for making his trip more interesting, he even gave me a real train conductor's hat to make me extra special when I met my new owner!

If you like what we're doing please Give Alpha a Treat!

Right now we are trying very hard not to charge for Alpha's Adventures in order to make sure everyone can have access, but we need your help!

Learn more on our Give Alpha a Treat page...

Are you liking Alpha's Adventures so far? Are you interested in seeing where it's going? Do you have suggestions for us to make it better?

Let us know what you think...